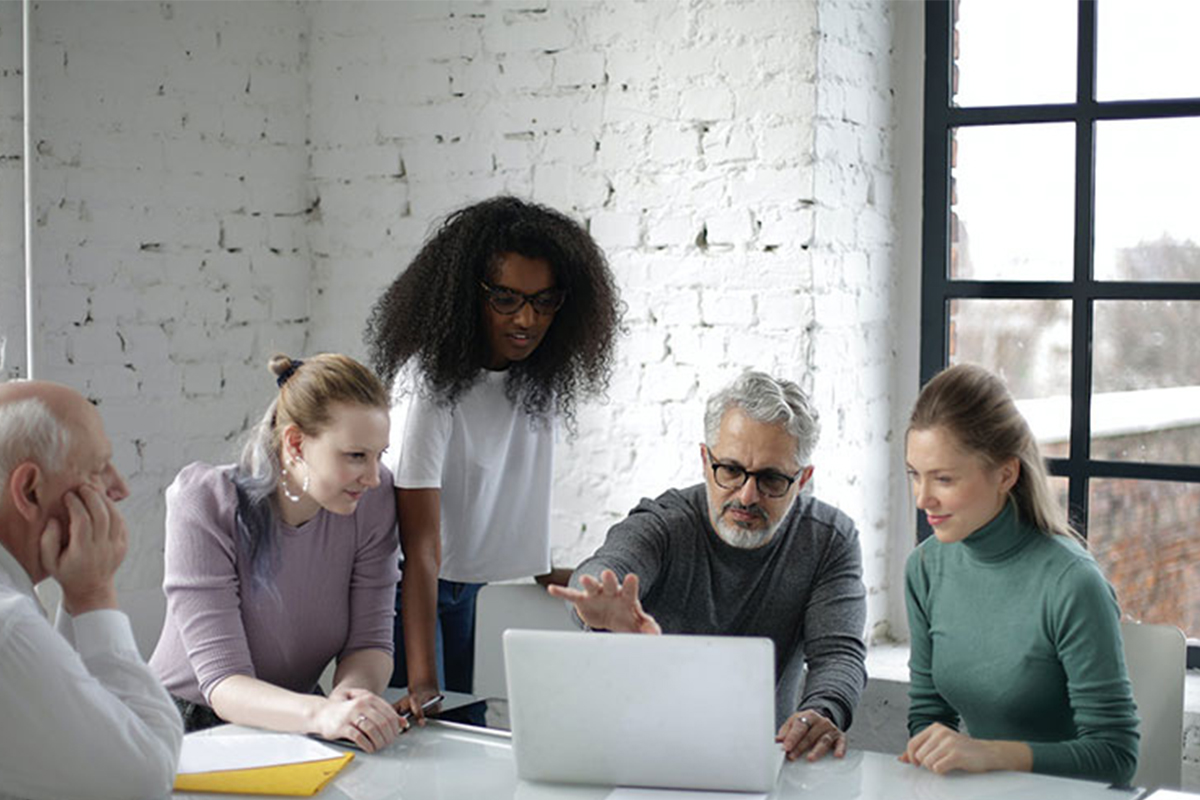 September 10, 2007– JULIA, a reporter for a small city publication, had a boss who used to flirt with her. He was 20 years older but acted like a big kid, sending prank e-mails and making gag phone calls. He didn’t touch her or suggest she wear dresses to work, but he rode the line between appropriate and inappropriate.

Then, after a few years, he jumped right over the line, telling her on a cab ride that dating him could lead to advancement in her career.

“I felt like I couldn’t flat- out reject him, because I had to work with him,” she says.

Using a tape recorder she used for interviews, she recorded the conversation – and then got the heck out of that cab. (She still has the tape, but she never reported her boss.)

Julia wasn’t sure what to do when a co-worker crossed the line. And she’s not alone. In a 2005 survey by the Ethics Resource Center, 52 percent of respondents had witnessed misconduct in the workplace, but only 55 reported it to a supervisor.

In an effort to get employees to recognize ethics violations and open up when they see them, more corporations are offering ethics training. According to the ethics survey, 69 percent of U.S. companies have implemented ethics courses, an increase of 14 percent in just two years.

“More and more companies of all sizes are offering ethics training, for two main reasons,” says Steve Priest, president of the Ethical Leadership Group, a business ethics consulting firm. “One is that it works. And the second is that a small investment up front is much cheaper than a legal settlement or a terrible headline after a scandal.”

We concocted eight scenarios that aren’t necessarily in the company handbook, ranging from seemingly innocuous to lawsuit-inspiring, and asked a panel to weigh in. Our experts:

Bruce Weinstein: a k a “The Ethics Guy,” author of a syndicated column and of “Life Principles: Feeling Good by Doing Good.”

Sabrina Brown: director of human resources for the City College of New York.

Tom Stern: business humorist and author of “CEO Dad: How to Avoid Getting Fired by Your Family”

Working on a document at home, you find that a binder clip makes a perfect “chip clip” to keep your Doritos fresh. Every once in a while, you grab a handful from the office supply closet for pita and potato chip bags. Is this wrong?

Weinstein: Yes. Unless your employer has given you permission to use office property for personal use, the pilfering of even a seemingly innocuous item as a binder clip is theft, plain and simple. Besides, once you convince yourself that such an item is fair game, where does it stop?

Priest: Intention is the key in this case. If I am intentionally taking home office supplies for personal use, it is wrong. Will I be fired? Maybe not. But anybody who knows about the behavior is going to think twice before entrusting this person with greater responsibility.

Rath: If you take a document home and remove the clips, that’s fine. As an employer, I know it’s not plausible to expect that everything stays in the office.

You catch a co-worker surfing the Internet looking at job sites. Do you have an obligation to tell someone?

Rath: When you catch a co-worker, inform him/her that it’s something to be done on their own time. The first time should be a warning; the second time you’ll inform the manager.

Priest: The devil is in the details in this case. If your co-worker is doing this surfing occasionally – say during lunch hours, or a break, or after work – there’s little harm.

Stern: Only if you want that co-worker’s job – because getting someone fired is a tremendous way to move up the corporate ladder.

A co-worker is spreading rumors that are blatantly false about a colleague. What should you do about it?

Brown: This squarely falls under the category of misconduct. Allowing an employee to spread rumors about another employee is also a form of harassment. If a company turned a blind eye without imposing any disciplinary action, they could be held liable.

Rath: This hurts morale in the workplace. Confront the co-worker spreading the rumor. But I’d be careful in how I approach them, avoiding direct accusation. Try something like, “I heard this about so-and-so, I know it’s not true. Do you know anything about this?”

Trunk: You don’t need to be a hero. You need to get along with everyone – even the one who spreads untrue rumors. So keep your nose out of it. Your desire to rid the world of lies is admirable, but do it outside of work.

A co-worker brings her dry-cleaning to a hotel on a business trip so she can have it covered as a business expense. Should you report her?

Priest: Yes, because this person should be fired for stupidity as well as falsification of company documents and theft. It reminds me of the friend who gloated about padding his expense report by adding extra miles to his trip log. I asked him, “Don’t you think they have MapQuest?”

Rath: I would feel obligated to report it. That’s taking advantage of the situation and seeing what you can get away with. If there ever is a moment when you say, “Can I get away with this?” then the answer is you shouldn’t be doing it.

Brown: The issue isn’t black and white. The employee could claim they don’t have time to do laundry because they travel too much. In any event, I would always err on the side of disclosure.

I’m being groomed to take over my boss’ job when she retires next year. I’ve already decided that I’m going back to school next year, but haven’t told anyone, because a co-worker who planned to return to school was let go soon after she told her boss, even though she had six months left to go. I don’t want to get penalized for doing the right thing. Do I have to tell them?

Weinstein: Yes, you should. By allowing the boss to believe you’re staying on when you’re actually planning to leave, you’re depriving someone else from being trained for the boss’ job in a timely fashion.

Trunk: No. Think of it this way: If your company’s board is considering canceling a product line in six months, do you think they’re bringing in the whole product team early to tell them they might be let go later? No. Companies hide this sort of information from employees all the time, to keep them motivated. You can do the same. It’s the rules of the game of employment at will.

Stern: I suggest setting fire to the furniture in the lobby. In my experience, it’s always better to get penalized for doing the wrong thing than the right thing.

You come across an aberration in your company’s balance sheet. A superior withdrew money from a company account earlier in the year, but has since repaid the amount in full. Should you tell someone?

Priest: If the withdrawal was unauthorized and for personal use, as the scenario implies, this is a red flag that other problems with this superior may exist. Absolutely tell someone, even if there are “extenuating personal circumstances,” like an addiction or an expensive girlfriend. It will only get worse.

Brown: Absolutely. Knowledge of this type becomes a liability. If an investigation were to take place, the company would want to know who had advance knowledge of the malfeasance. In many cases, employees try to defend their actions by claiming “everyone knew about it, so I thought it was OK.”

Stern: No, but you do have a duty to thank her for an incredibly good idea. I would have never thought of that on my own.

I was browsing a swingers’ site, and I found pictures of a co-worker and her husband. She’s a great worker, hard-working and responsible, but this is a conservative company, and I don’t think the bosses would tolerate this. Should I tell them what I saw?

Stern: Generally speaking, initiating any discussion with your boss with the phrase “I was browsing a swinger’s site” is going to be trouble.

Trunk: Hel-lo! You are also engaged in the swingers’ site, as a voyeur. If you feel compelled to report co-workers who swing, ask yourself if you’re transgressing your own personal ethical boundaries by being on the site in the first place. Leave your co-workers and your company out of it.

My co-worker was assigned to write a report, and she foisted the whole job on her assistant. The assistant did a great job, and our boss was happy with it, but my co-worker is taking all the credit. I’m the only one who knows who really did all the work. Should I speak up?

Weinstein: You should first go to the co-worker and explain why her conduct is troubling. If she has a hard time understanding why her actions are unfair, ask her how it would affect her own reputation if the truth about this matter ever came out.

Trunk: It’s none of your business to run around telling people that someone is taking credit for work they didn’t do. This is not third grade. Instead, approach the assistant as an adult and recommend ways that she might take the credit for herself.

Stern: You should do what any highly assertive person would do: Have your assistant speak up.