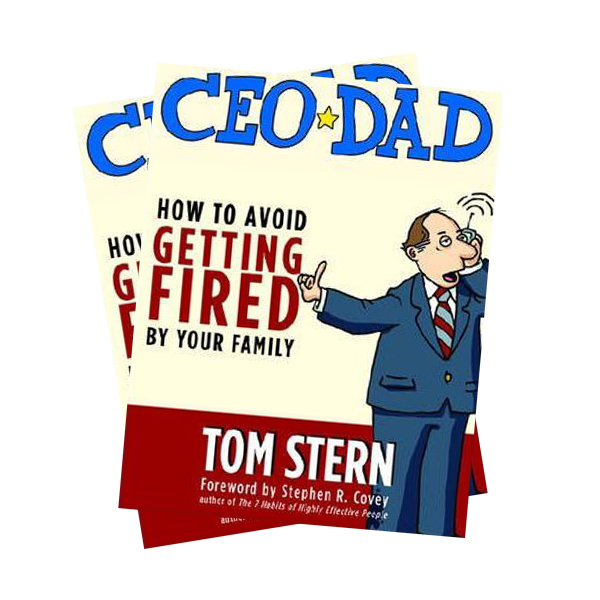 TMarch 21, 2007
CNBC is developing an animated series based on the comic strip “CEO Dad,” which could become a half-hour series on the network in the fall.

Sources said the network will likely air five one-minute shorts that will be cut from a pilot based on the cartoon written by Los Angeles executive recruiter Tom Stern. A half-hour series to air on CNBC could follow, though it’s by no means assured.

Bob Balaban is in talks to executive produce and direct, sources said. Stern and Matt Goldman would be credited as creator/executive producer/writers, according to sources. CNBC declined comment Tuesday.

” ‘CEO Dad’ is the kind of man whose prenup has a noncompete clause,” Stern said. “The irony of the situation is that his family is everything he hopes and dreams it would be if he weren’t in it.”

Stern said he was a workaholic CEO dad himself until a home break-in nearly took his wife’s life and he was held at gunpoint — an act witnessed by his 5-year-old daughter. After that, he became a “comedic evangelist” and set out to bring humor to others’ lives.

“When you lose balance (in your life), the first thing to go is your sense of humor,” he said. “I’m trying to reach all the people who are working too hard to get them to laugh at themselves and find a little bit of healing.”

It wasn’t immediately clear where CNBC would slot either the shorts or a series, though a likely destination would be primetime. It would mark the first time the business channel has delved into animation.

But it’s not the only news channel that has taken the plunge into alternative programming. Fox News Channel recently picked up 13 weekly episodes of “The 1/2 Hour News Hour,” a satirical series somewhat like “The Daily Show With Jon Stewart” with a conservative bent that is executive produced by Joel Surnow and Manny Coto. “The 1/2 Hour News Hour” averaged 1.5 million viewers on its weekend telecasts in February and early March.

Stern also has a book, “CEO Dad: How to Avoid Getting Fired by Your Family,” set for release in April, with plans for a promotional and book-signing tour.

Actor-director-producer-writer Balaban’s credits include the films “For Your Consideration,” “A Mighty Wind” and “Gosford Park” along with IFC’s animated series “Hopeless Pictures” and NBC’s “Seinfeld.” He is repped by Gersh Agency.

Writer-producer Goldman’s credits include NBC’s “Seinfeld” and ABC’s “Ellen.” He is repped by ICM.